Chinese New Year (according to the lunar calendar) starts on the second New Moon (18th February 2007) after the Winter Solstice and is celebrated by Chinese all over the world. It heralds new beginnings and a fresh start.

This is the date you celebrate the Chinese New Year with Ang Pow, fireworks etc and not the date you use to place your cures and enhancers in Feng Shui (February 4th 2007).

Why has the Chinese New Year come so late in 2007?

The weeks running up to New Year’s Day are very important because one must be well prepared for the New Year as it sets the example for the year’s luck. For one, all debts have to be repaid before the beginning of the New Year or else you will be in debt to others throughout the year.

By the same token, anything lent out to family and friends must be collected before the beginning of the New Year or else one will be lending for the rest of the year.

Making sure that the house is cleaned and dusted is important to ensure that old stagnant qi is cleared away making way for fresh auspicious qi. The whole house must be cleaned before New Year’s Day.

Cobwebs must be cleared out and any old and broken items thrown away. Following cleaning, all brooms, brushes, dusters, dustpans and other cleaning equipment are put away out of sight. To do otherwise would be to threaten the new qi that is arriving and this is something that everyone wishes to avoid.

For our home and office it is a bit of a pain as we treat the western New Year the same as the eastern and we end up doing all these rituals twice every year with such a short space in between.

In readiness for the New Year the house must be decorated with live blooming plants which symbolise rebirth and new growth. Flowers such as pussy willow, azalea, peony and water lily or narcissus symbolise wealth and high position in one’s career. If there are no flowers, the result would be a lack of fruit later in the year. It is considered very lucky for the household if a plant blooms on New Year’s Day as they can then expect a year of prosperity. Plum blossoms and bamboo are also displayed to symbolise perseverance, reliability and longevity.

After flowers come the fruits. Oranges and tangerines are two very symbolic fruits in the celebration of Chinese New Year. They are symbols for abundant happiness.

The colour of oranges and tangerines represents gold and, together with a ‘hung bao’ ang pow, (red packet containing money), they are offered to friends and family as gifts symbolising gold ingots. 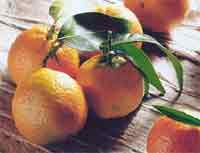 About a week before Lunar New Year, traditional families will be busy preparing the religious ceremony performed with tributes and offerings in honour of Heaven (Tien Shen) and Earth (Ti Tu), and of the various deities of the household together with family ancestors.

One of the most well know deities is the Kitchen God who resides over the stove and is said to keep an eye on the affairs of the household, making an annual report on what the family has done in the past year to the Jade Emperor in Heaven around about a week before Chinese New Year Day. Rites and offerings are made to the Kitchen God (Zhou Khun) on this day in the hope that he will speak well of the deeds of the family.

Traditionally, the run up to the celebration of Chinese New Year is the ‘Reunion Dinner’. An extravagant banquet is laid out to mark the onset of the New Year where young and old gather for a reunion dinner to symbolise family unity. Family members try to get home from different places before or on New Year’s Eve to celebrate this special occasion in the family home. Married daughters will spend their reunion dinner in the husband’s family home. 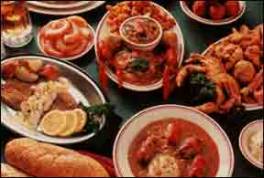 This is a family banquet of special dishes and delicacies artistically named with auspicious symbolic meanings. The dinner will start with a prayer of tribute and offerings to the ancestors and deities at the family altar. It is a very colourful and lively affair when every light is supposed to be kept on the whole night.

The Reunion Dinner is a very busy affair. The women buzz around the kitchen with the dinner preparation whilst the men either watch TV or (guess what?) play mah-jong.

Mah-jong is an extremely important part of Chinese culture and is played by men and women alike, often in halls exclusively dedicated to the game. Mah-jong is linked with gambling with huge sums of money being won and lost by the players. An excellent memory is required to remember which tiles have been laid down and which remain. Once a certain point in a hand has been passed, you need to pay special attention as if you are the one to put down the tile that enables another player to win that hand, you not only have to pay your own losses on the hand but those of the other two losing players as well. This can mean serious money.

At midnight at the turn of the old and new year, people let off fire-crackers which serve to drive away the evil spirits and old qi of the past year and to greet the arrival of the New Year. In the UK it is legal to set off fireworks on Chinese New Year as with our normal New Year and Guy Fawkes Night.

You will also find a piece on Chinese talismans, this is really is superb and you must read it; follow this link after you have finished this article. talismans2007.htm

The day continues with visits to relatives. The visiting rota has its unspoken hierarchy arrangement. The oldest get to sit at home and wait for the younger relatives to visit them to exchange good wishes. This is a very exciting time for the children as for nearly every ‘Kung Xee Fa Chai’ (it means Congratulations and May you be Prosperous) we recite, we get an ang pow (red envelope containing money) for it.

The second day of Chinese New Year is named ‘Kai Nien’ meaning “Year Beginning” which starts with a very early morning breakfast. Again special dishes with symbolic names will be served. The special dish of the day is long noodles which are served with everyone competing to toss the noodles as high as possible with their chopsticks. The tossing of noodles is a symbolic gesture of longevity. This means that, unless you are unable to do so, you stand up and raise your arms full stretch in the air holding the noodles aloft. In order to get extra lift off, some people use super long chopsticks and stand on chairs so you do have to make sure the ceiling fan is turned off.

Two days of overeating and general fun and games are quite a lot as the Chinese do not hold back on these occasions. The Chinese relationship with food is close all the year but at no time more than at New Year. Many dishes have particular significance especially at this time. Even everyday dishes like fish and turnips have special meanings and none more so than fish balls and meat balls both of which suggest reunion, a most important element at this time.

However, after two days, even the Chinese can have enough and recognise that energy levels need to be restored. The third day is therefore a day of calm. Traditionally, it is not a day for risks or adventure. The young ones will venture out to see friends but it is a quiet day. No offices or businesses are open on this day.

Normality returns with business as usual on the fourth day. Many businesses will choose a specific day to start business with the assistance of their Feng Shui Practitioner and initiate the new trading year with a spectacular display of Lion Dance and fire crackers. It is a very noisy and happy affair.

Greetings and an air of festivity remains for another eleven days through to the full moon of the first lunar month when another celebration follows but this time it is to mark the closing of the Spring Festival. Day 15 is also called the ‘Spring Lantern Festival’ (Yuan Xiao Jie). This wonderfully romantic celebration takes place under a full moon on the fifteenth day of the first lunar month of the year. 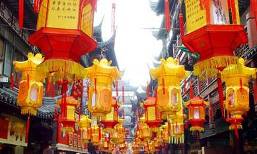 On this day, old and young carry a colourful lantern and gather in a neighbouring public place. They gather to admire and appreciate the first full moon of the year (very similar to the Mid Autumn Festival). In China, there are still villages which hold a big Tang Yuan (rice dumplings) cooking and eating session. The dumplings are round and symbolise family unity and completeness. The mid-month Lantern Festival traditionally brings the seasonal passage of the New Year to a conclusion.

I hope you have enjoyed reading this and may you have a very happy, healthy and prosperous New Year in 2007. There are many links below on the Chinese New Year and traditions.